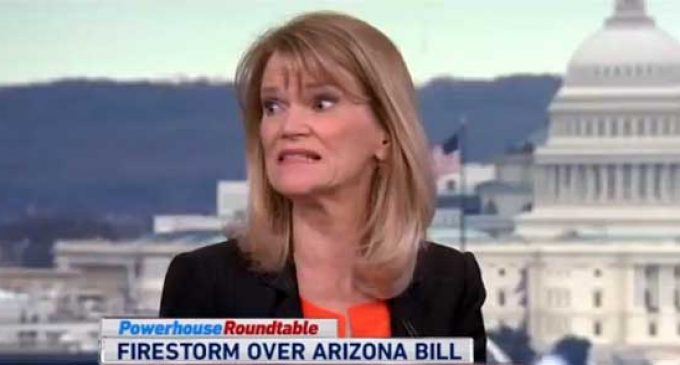 Watch below as Matthew Dowd suggests an Arizona bill passed on Thursday is akin to Islamic extremism.

The bill protects the rights of business owners to choose not to serve customers and critics of the legislation claim some businesses will deny service to gays and lesbians, depending on the owners' religious beliefs.

But Dowd feels that Arizona Governor Jan Brewer will veto the bill because he says, “There is no way this can survive.”

According to ABCNews.com, on Saturday Gov. Brewer said, “I need to explore it…I've got plenty of time.” This bill has caused concern for the Arizona economy, stemming from the fact that the Super Bowl is scheduled to be held in Arizona next year and boycotts could be possible if the bill passes. To that, Gov. Brewer said, “I think you should address that issue to the Super Bowl.”