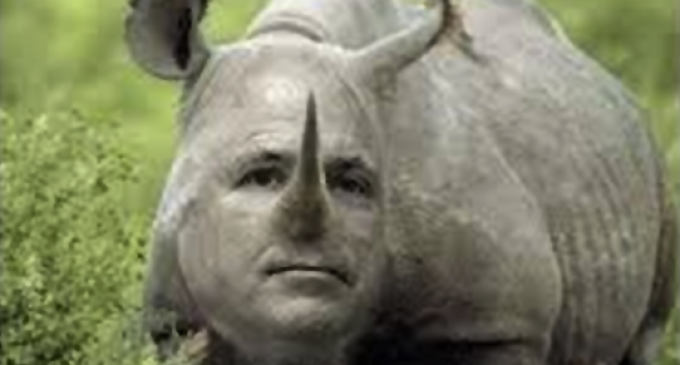 In debating over cuts to the budget all 55 Democrats in the Senate preferred to pay illegal aliens over our military, but here we have 9 Republicans who went along with this atrocity.

One really has to stand in awe! It truly boggles the mind how anyone calling themselves an American could vote to cut benefits for our veterans while opting to pay people who break our laws by being here illegally!

We expect the Democrats to sell America out. It’s news when one or a handful actually vote in the interest of the American people and in a manner consistent with the Constitution and the very survival of our nation.

It’s also newsworthy to report on Republicans who join the Democrats in their sellout.

In the debate over cuts to the budget and who would be affected, the Democrats naturally targeted America’s military. They recognize and largely oppose the anti-American behavior coming out of the Democrat Senate and White House. They are not the constituency of the Democrats, at least not as far as the Dems seem to think.

Democrats walked on the backs of our military veterans,  retirees and active duty in their mission to protect one of their key voting blocks, illegal aliens. There was a time when calling illegal aliens a voting block would have been scoffed at. Sadly that is no longer the case.

The welfare payments to illegals were left intact, and the benefits to veterans and military retirees were cut. Disabled Americans who lost some of their physical abilities as a result of their service to our nation will be sacrificed again, in favor of those who violated our laws and are squatting on our soil, being taken care of by pandering politicians.

Senator Jeff Sessions of Alabama led an effort to restore common sense, and place the illegal alien behind our service men and women. That attempt at correcting an injustice was defeated by virtue of this vote.

All 55 Democrats in the Senate voted in favor of this atrocity.