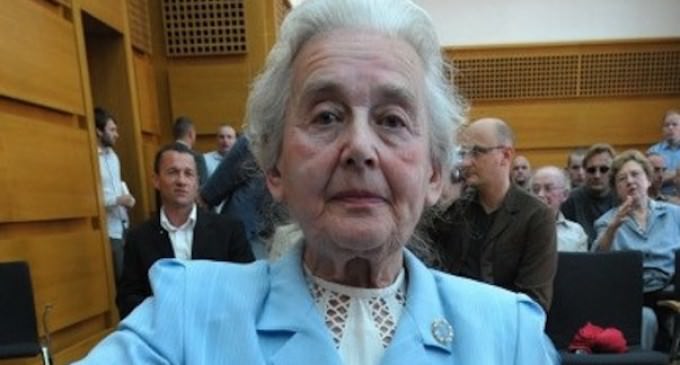 Not only does 87-year-old Ursula Haverbeck-Wetzel believe that the Holocaust never occurred, she believes that it is “the biggest and most sustainable lie in history,” an assessment she felt comfortable enough to share on German radio before thousands of listeners.

Yet for all her contrarian beliefs, Haverbeck-Wetzel has not once threatened the well-being of another person. Yes, she has had previous run-ins with the law, but in each case she was simply fined or had her sentence suspended. Today, however, she faces punishment that very well exceeds the nature of the act she committed.

Convicted of incitement of hatred by a German court, the 87-year-old has been sentenced to 10 months in prison. Such draconian punishment is part and parcel of Germany's notoriously tough laws against hate speech, intended to help the country move beyond it's Nazi past but resulting in the incarceration of people for simply speaking their mind, as regrettable as the contents of said minds might be.