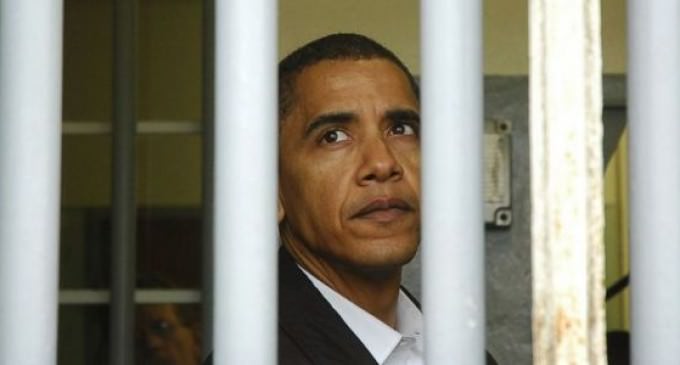 It seems every day now Obama is doing, or planning on doing something that is out of his constitutional authority. From amnesty for illegal immigrants to changing our nation's gun laws by circumventing Congress, the impeachable offenses carried out by our Barack Obama grows endlessly.

Info Wars has compiled an extensive list that incudes 75 times in which Barack Obama and his administration broke the laws they were sworn in to protect.

The items included range from the well known — his arming of drug cartels to the targeting of conservatives by the IRS — to the less publicized.

As executive orders and illegal actions come and go from our public consciousness, we forget just how large and insane the actions taken by this administration, and to think for not one of these has Obama been impeached.

Remind yourself of the various offenses carried out by Obama by reading the next page: