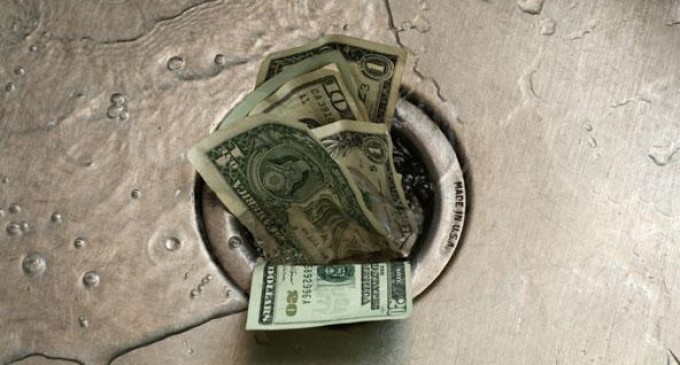 So they just forgot to make sure that someone was watching billions of dollars and now there's no way to trace what happened.

he State Department has no idea what happened to $6 billion used to pay its contractors.

In a special “management alert” made public Thursday, the State Department’s Inspector General Steve Linick warned “significant financial risk and a lack of internal control at the department has led to billions of unaccounted dollars over the last six years.

The alert was just the latest example of the federal government’s continued struggle with oversight over its outside contractors.

The lack of oversight “exposes the department to significant financial risk,” the auditor said. “It creates conditions conducive to fraud, as corrupt individuals may attempt to conceal evidence of illicit behavior by omitting key documents from the contract file. It impairs the ability of the Department to take effective and timely action to protect its interests, and, in tum, those of taxpayers.”

In the memo, the IG detailed “repeated examples of poor contract file administration.” For instance, a recent investigation of the closeout process for contracts supporting the mission in Iraq, showed that auditors couldn't find 33 of the 115 contract files totaling about $2.1 billion. Of the remaining 82 files, auditors said 48 contained insufficient documents required by federal law.

In another instance, the Bureau of International Narcotics and Law Enforcement issued a $1 billion contract in Afghanistan that was deemed “incomplete.”

The auditor recommended that the State Department establish a centralized system to track, maintain and retain contract files.

The department responded and said it concurred with the recommendations to address the “vulnerability” in its contracting process.

Before Linick took office last fall, the State Department had been without an inspector general position for five years—the longest IG vacancy in the government’s history, as noted in The Washington Post.