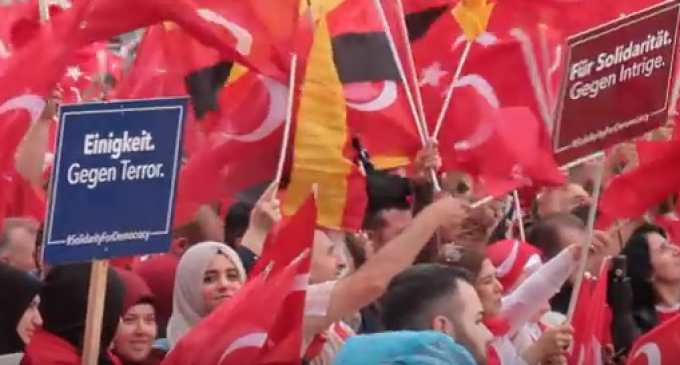 On July 15, 2016, a coup d'état against the Turkish government was attempted by the country's military. The coup failed, but not before hundreds of people were killed and thousands more were detained by people loyal to the Turkish government. While the coup was unexpected, and the motives remain unclear, President Recep Tayyip Erdogan's authoritarian style and Islamist rule was suspected as a chief motivator.

As such, when the news broke overnight that the coup was underway, many western intelligence agents welcomed the development. While President Recep Tayyip Erdogan was a democratically elected leader, he was pulling the country far away from the values that lead Turkey to become an ally to the United States in the first place.

Of course, not everyone was pleased by the attempted government takeover. Now that it has failed, tens of thousands of sympathizers have taken to the streets in support of the authoritarian ruler.

One such rally took place in Cologne, Germany. See how these supporters tried defending the Turkish President's actions on the next page: