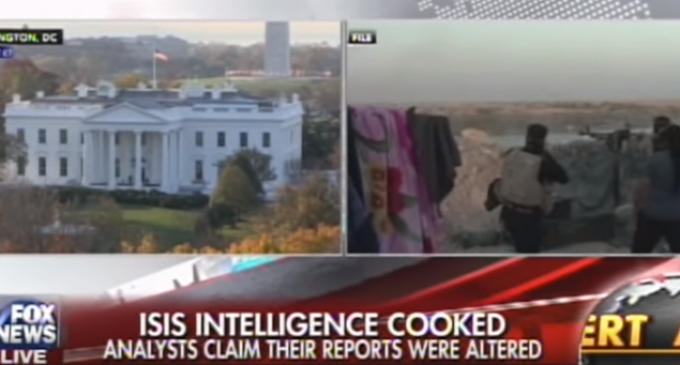 More than 50 spies working for the military have come out with shocking allegations: according to them, the Obama administration has taken their painfully honest assessments of the war against ISIS and effectively reinterpreted them to paint a rosy picture of things that reflects well on the president's efforts against the terrorist group.

The spies specifically went out of their way to clarify that it wasn't just a matter of rogue agents telling falsehoods to advance their own careers. Rather, as one of the operatives involved said, “The cancer was within the senior level of command,” revealing how high this conspiracy of competence goes.

Indeed, the allegations are serious enough that the Pentagon has charged it's inspector general with investigating the intelligence agents' claims. This followed the submission of a formal written complaint by two veteran analysts at U.S. Central Command in July, prompting the Department of Defense to look into the matter itself.

For more about this scandal, turn to the next page: