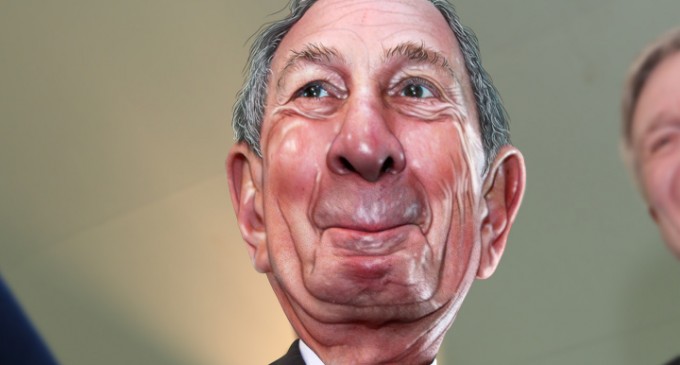 Nearly 50 mayors have jumped ship from Bloomberg's “Mayors Against Illegal Guns” campaign as one mayor has ‘blown the whistle'.

“Under the guise of helping mayors facing a crime and drug epidemic, MAIG intended to promote confiscation of guns from law-abiding citizens,” Tkazyik said.

“Nearly 50 pro-Second Amendment mayors have left the organization. They left for the same reason I did,” he added.

Nearly 50 mayors have jumped ship on former NYC Mayor Michael Bloomberg’s “Mayors Against Illegal Guns” campaign over allegations that the group’s ultimate goal is outright gun confiscation, according to one former member.

“Under the guise of helping mayors facing a crime and drug epidemic, MAIG intended to promote confiscation of guns from law-abiding citizens,” Tkazyik said, confirming what many already suspected about the group.

“Nearly 50 pro-Second Amendment mayors have left the organization. They left for the same reason I did,” he also added.

The fact that 50 mayors bailed in response to a concerted effort to undermine the Bill of Rights is certainly headline-worthy, but so far, unsurprisingly, few other media outlets have picked the story up.

And Tkazyik isn’t the first to cast these allegations. In 2007, the mayor of Williamsport, Pa., also said she left after witnessing “dubious” attempts to subvert the Second Amendment. “I have learned that the coalition may be working on issues which conflict with legal gun ownership, and that some actions on your behalf are dubious,” then-Williamsport Mayor Mary Wolf wrote in a letter to Bloomberg himself.

And just last year, during a Mothers Demand Action rally (a gun control coalition which merged with MAIG in December 2013), Austin, Texas City Councilman Mike Martinez singled out a protestor carrying a “Stop the Gun Ban” sign and told him, “…there is no gun ban currently, but because of the work we’re doing here today, we will make your sign legitimate shortly, so you hang on to that.”

News of the group’s traitorous crusade comes at a time when American gun owners are already wary of continual attempts to curtail firearm ownership. Since the Sandy Hook school shooting, the Obama administration has proposed legislation aimed at combating “gun violence,” including proposals that would require background checks for all gun sales; in effect, registration.

American gun owners who know the history behind gun control are fearful that a federal gun registry will eventually lead to confiscation. Indeed, numerous articles have been published showing how, since 2007, roving law enforcement teams have been disarming Californians deemed “illegal” using a list of owners.

However, in the face of blatant evidence, the director of MAIG, Mark Glaze, has boldly gone on to publicly deny that “nobody in California has come to take anyone’s guns.”