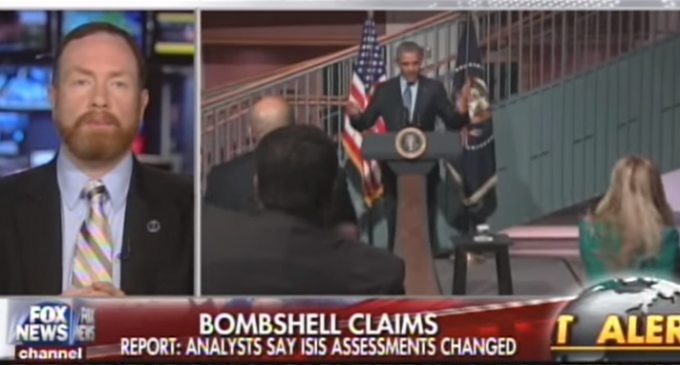 President Obama has shown just how Chicago politics works.  Through intimidation, prevarication, and obfuscation.  As a community organizer, his damage might have been deep but not especially wide. But as the president of the United States his actions and lack of action impact the lives of millions.

The astonishing thing is that he continues to deliver outright falsehoods without the slightest hint of embarrassment, even when it is clear that what he says has no relationship to the truth, and the public knows it.

In no case is this more pronounced than his positions on ISIS, the Islamic terrorist group grinding through the Middle East and Europe.  Obama has said they are the “JV” team, that they are not a threat, that they are contained.  What he has not said is why he is so willing to give them a pass, and why he is so anxious to punish and vilify those who would speak the truth about this vicious enemy.

Read more about how Obama punishes his enemies: