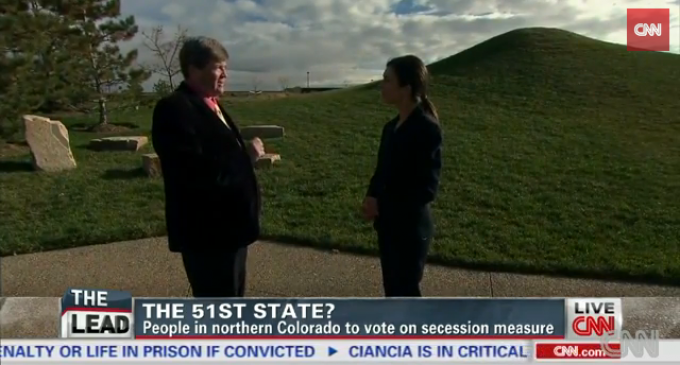 Secede to succeed against the criminal federal government?

Colorado isn’t alone. There have been other secession movements in Northern California; Southern Oregon; Pima County, Arizona; the Upper Peninsula of Michigan; and Western Maryland. However, none have landed on the ballot. Generally, Democrats will block these measures.

When the political world was focusing on two gubernatorial elections on election night in November, five mostly rural and agricultural counties voted to succeed from Colorado and form a 51sst state that would be named North Colorado.

It further demonstrated there is a growing rural/urban divide in the United States that is going to get worse in coming years.

The secession question was not a formal initiative but instead was intended as a sort of straw poll to see if residents supported the idea of breaking away or not. The question actually was on the ballot in 11 counties and failed in six of them.

The secession movement began when Democrats took control of the legislature and began passing bills opposed by many rural voters – including gun restrictions.

The Results By County

The results of the Colorado secession movement and the divisions it exposed are as follows:

John Eidsmoe rights the faulty historical record and brings us back to the roots that made America great . . .

The Roots of Secession

The roots of Colorado’s secession movement are fairly easy to ascertain. Residents in some counties feel that they are being completely ignored by the state legislature.

“We not only want to be at the table,” Tommy Holton, the Mayor of Fort Lupton in Morgan County, which voted against secession told The Denver Post. “But we want a voice at the table as well.”

Residents of rural areas have a long list of grievances against the status quo at Colorado’s state capitol in Denver. They include: