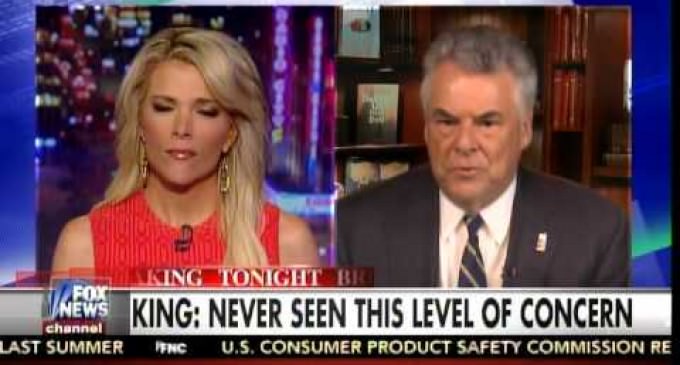 Republican Rep. Peter King , who is a Member of the House Homeland Security Committee, made the startling announcement to Megyn Kelly that officials are seriously concerned about a July 4th nuclear terror attack in New York. Oddly, in listing the steps the police and federal security forces are taking he appeared to mis-speak. At least we have to hope King simply made an error in his zealous attempt to describe the preparations.

Check out his strange statement for yourself: Watch King on the Next Page: