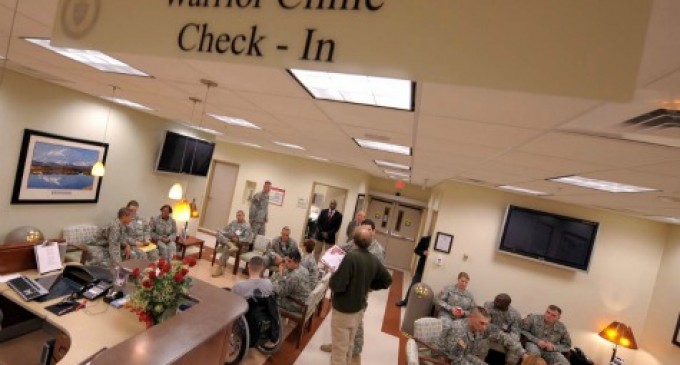 While everyone is distracted with Obama's latest criminal action of aiding Taliban terrorists, The U.S. Office of Special Counsel announced Thursday that it's investigating 37 instances where the VA sought to squash whistleblowers.

The U.S. Office of Special Counsel (OSC) announced on Thursday that it is presently investigating allegations from 37 Department of Veterans Affairs (VA) employee whistleblowers at VA facilities in 19 states of retaliation for disclosing improper scheduling practices and other threats to patient care.
The OSC gives three examples of alleged retaliation toward VA whistleblowers they are looking into and were able to provide “interim relief to these employees” through requested stays to the particular VA’s in question.

“Receiving candid information about harmful practices from employees will be critical to the VA’s efforts to identify problems and find solutions. However, employees will not come forward if they fear retaliation,” remarked Special Counsel Carolyn Lerner in an OSC statement.

Senator Chuck Grassley (R-IA), co-author of the 1989 Whistlebower Protection Act, said in a press release, “It’s important that the Office of Special Counsel is fulfilling its role here. Whistleblowers are usually at the heart of exposing a major scandal. They ought to be celebrated, not punished, for acting in the public interest.”

“In one case, the OSC requested and obtained a stay of a proposed 30-day suspension without pay for a VA employee who reported the inappropriate and continuous use of patient restraints in violation of VA rules and procedures,” the agency says.

According to the OSC, the employee had never before been punished in over two decades while working for the VA.

In another case at a different VA facility, an employee received a proposed seven-day suspension after conveying concerns to the Inspector General regarding inadequate scheduling and coding procedures at the facility.

Additionally, the employee claims that the VA downgraded the employee’s performance evaluation and reassigned the individual for revealing the concerns to the VA Inspector General.

In a third case at another VA facility, the OSC attained a stay of a demotion for a VA employee in December 2013. According to the OSC, “The VA employee was temporarily reassigned out of a position and then faced demotion after disclosing the mishandling of patient care funds. OSC’s investigation is ongoing.”

The OSC says the agency is separately looking at 49 disclosures tied into the scheduling improprieties and other potential threats to patient safety at VA facilities for a total of more than 80 pending VA claims.