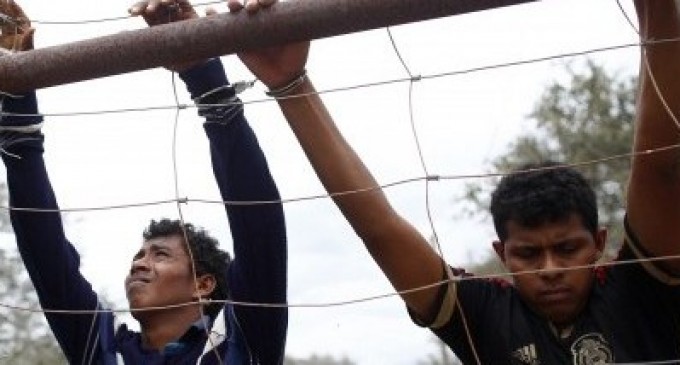 Immigration and Customs Enforcement released 200 murderers, 400 rapists, and 300 kidnappers in 2013 who were in the U.S. illegally while awaiting deportation proceedings.

“I was astonished at not only the huge number of convicted criminals who were freed from ICE custody last year – an average of almost 100 a day — but also at the large number of very serious crimes they had committed,” said Jessica Vaughan, director of policy studies at the Center for Immigration Studies.

A total of 36,007 criminal illegal immigrants that were being processed for deportation were freed in 2013. Together, they committed nearly 88,000 crimes, according to the report, published Monday.

ICE gathered the statistics — which include a breakdown by crime — in response to congressional inquiry following another report released earlier this year by the Center of Immigration Studies.

That report, which was based on internal Department of Homeland Security documents, showed that ICE encountered over 193,000 illegal immigrant convicts. Charging documents were issued for 125,000, and nearly 68,000 were released.

That review also found that 870,000 illegal immigrants had been removed from ICE dockets despite being in defiance of the law. The number of illegal aliens targeted for deportation fell 28 percent between 2012 and 2013, according to the documents.

The 36,007 illegal immigrants reported Monday were freed by ICE during the final disposition of their cases. The 68,000 from the previous report were criminals who encountered ICE agents — often in jails — but were released without undergoing deportation proceedings.

The 36,007 were released by bond, parole, unsupervised release, or on their own recognizance.