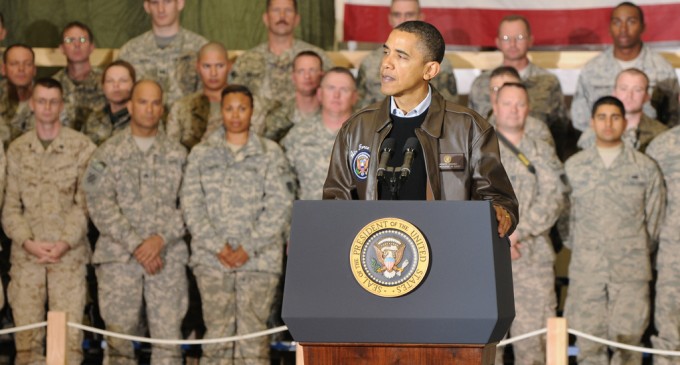 (Video) Listen to this important interview with Michael Maloof, who has interviewed many of the top commanders in the armed forces. According to our highest commanders Obama is purging the military of people who disagree with his views and our armed forces are being drastically weakened.

– Obama has fired 200 top commanders in the military. First time in US history to this degree.
– Military has stated that they can't post the Constitution or Bill of Rights in their quarters and are being taught that the Founding Fathers were the original terrorists
– Obama has drastically crippled the American image around the world. Dick Cheney says we are no longer respected or feared by other nations.
– While the armed forces are being torn down, DHS is becoming bigger than our actual military.
– Local police is becoming more and more militarized.
– Navy seals coming forth stating that we are being provoked into a civil war.
– China, in 5 publications, has outlined how they would destroy the US with nuclear strikes.
– Russia has killed the NATO agreements and states that Russia must prepare for war

Looking at this partial list of drastic changes, we can see that the American people are now the enemy and that China and Russia smell American blood in the water.

I'm afraid if we don't act soon to turn this around our country is lost!