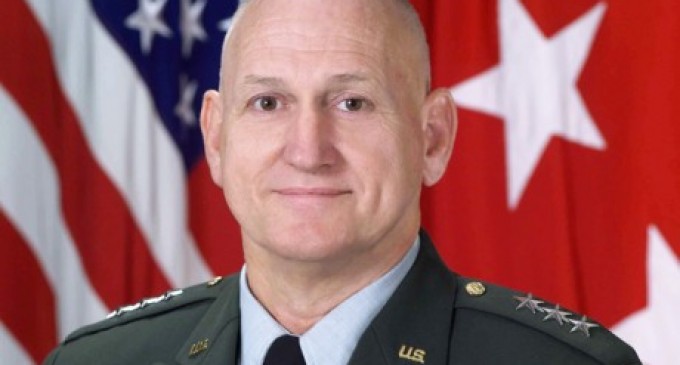 Why has our Constitution been destroyed and our rights and freedoms been stripped away with members of our government and military doing nothing about it?

According to three-star retired general William Boykin it is because the Muslim Brotherhood has infiltrated us on a very deep level!

They now occupy the highest levels of command throughout every department our government.

Apparently, there has been a long-range plan to destroy America from the inside…and it looks like they are very close to making this happen!

Listen to this shocking interview below.

The Muslim Brotherhood is a radical Islamist organization that has vowed the destruction of America from within.

General Boykin has the credentials to back up his conclusions. He was one of the original members of the U.S. Army’s Delta Force which he ultimately led in combat operations. He also served a tour in the CIA during which time he participated in clandestine operations throughout the world. He served his last four years in the Army as Deputy Under Secretary of Defense for Intelligence.

Lt. Gen. Boykin, who currently serves as Executive Vice President of the Family Research Council, blasted Republicans for condemning Rep. Michele Bachmann, R-Minn., who sounded the alarm by questioning the Brotherhood ties of Huma Abedin, a top assistant to Secretary of State Hillary Clinton. Boykin said that neither Republicans nor Democrats want to protest too loudly over concerns of being branded intolerant.

GEN Martin Dempsey, Chairman of the Joint Chiefs of Staff had LTC Dooley fired as an instructor at the Joint Forces Staff College in order to appease Muslim groups and the White House who wanted all training materials offensive to Islam purged and all trainers using those materials disciplined.