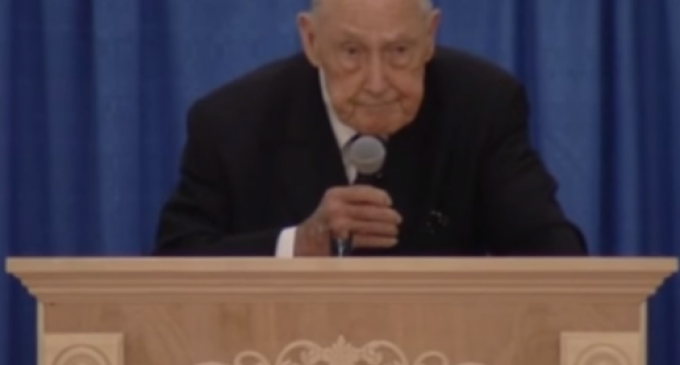 Another high-ranking military official has called out President Obama’s handling of national security.

Speaking at the Nevada Security Action Summit held in Las Vegas in 2015, Retired Admiral James “Ace” Lyons laid into Obama. Asked by an audience member about the “pretty obvious” fact that Obama is a Muslim, the Admiral answered, “Well, all I can say is, he certainly acts the part, doesn’t he.”

One can assume that Admiral Lyons was referring to the administration’s support for such groups as the Muslim Brotherhood in Egypt and “moderate” Syrian rebels who went on to become ISIS and other jihadist groups.

Sadly, it seems that the Admiral is one of the few brave enough to draw attention to the White House’s covert alliance with extremists. If Obama is to be stopped, we need more men in our armed forces to come out and expose this administration.

In another video, the admiral stated that our entire government has been infiltrated by the Muslim Brotherhood.