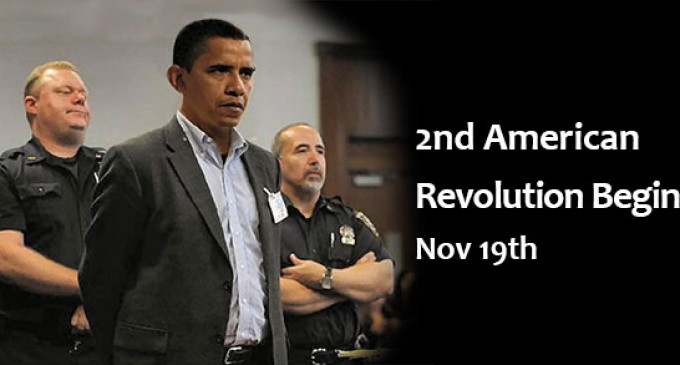 We see a lot of clamoring for the removal of Barack Obama from office – now we might have the beginning of that process with someone who is capable of igniting the spark that removes this communist from our White House!

Larry Klayman, founder of Judicial Watch and Freedom Watch, is so famous for fighting corruption in the government.

NBC even created a character after him on the hit drama series West Wing: Harry Klaypool.

During his tenure at Judicial Watch, he obtained a court ruling that Bill Clinton committed a crime, the first lawyer ever to have done so against an American president.

Now, Mr. Klayman is calling on all Americans to join him en masse to demand the resignation of Barack Obama on November 19th.

So it is too with Obama and his ultra-leftist government agents who have done all they can to dismantle the nation and remold it in his socialist concept of body politic, believing that We the People lack the focus or resolve, 237 years after our first Declaration of Independence, to again rise up and remove them.

The long list of repeated injuries and usurpations is too long to put in this column, but I am preparing a new Declaration of Independence to present and “declare” at the White House gates on Tuesday, Nov. 19, when Obama’s resignation is demanded by the millions who we hope to have present that day.

I call upon all of you to join us on Nov. 19, 2013, to Reclaim American Now before it is too late and our nation collapses under the heavy weight of Obama’s long and growing train of abuses and usurpations.

Reclaim America Now begins at 10 a.m. on Nov. 19 in LaFayette Park in front of the White House. See www.reclaimamericanow.net.