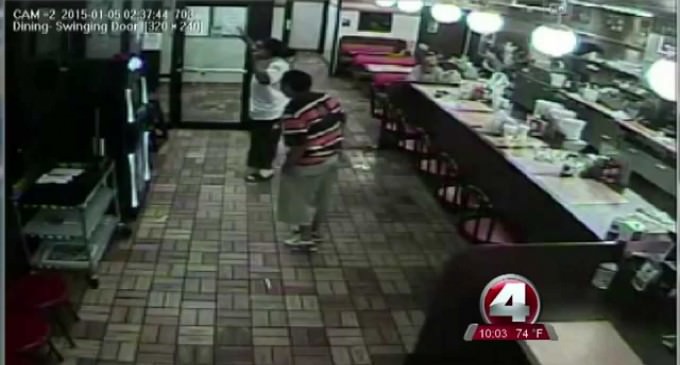 With socialists like Bernie Sanders insisting we shouldn't be free to protect ourselves and supporting laws meant to prohibit citizens being armed in public, our right to defend ourselves and those we love is under attack.  Here is a great example of why the 2nd amendment is in place and of how diligent, respectful citizens protect themselves in a lawful matter with it.

When two white supremacists tried to take out their hatred by attacking a black man in a Fort Myers, Waffle House, they got what they deserved.  There is security camera footage, witness reports of each of the workers and a local newcast even secured audio with further information on the altercation.  It is not only undeniably justified, but as folks have commented in the comment feed, “play stupid games, win stupid prizes”

Watch what happened on the next page: