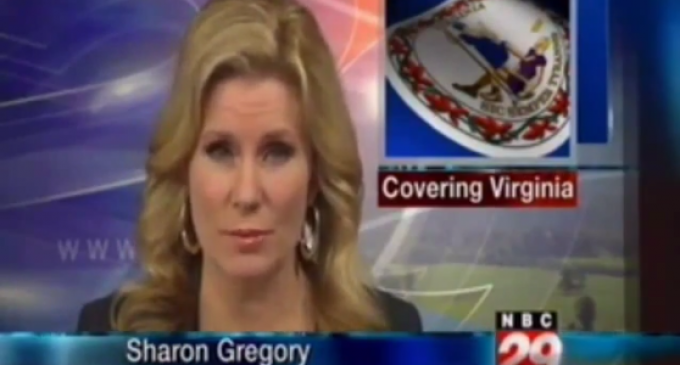 Apparently, 250,000 Virginians were still unaware of Obama's lie that “If you like your healthcare plan you can keep it.”

So, thinking they could just ‘cancel' Obamacare and not follow its rules, they are set to lose their health insurance.

“Nearly a quarter million Virginians will have their current insurance plans cut this fall,” said the local anchor. “That is because many of them did not–are not following new Affordable Care Act rules, so a chunk of the companies that offer those individuals their policies will make the individuals choose new policies.”

Says the reporter, “This goes back to that now heavily-criticized line we heared before Obamacare was put in place: ‘If you like your plan, you can keep it.' Ultimately, that turned out not to be true for thousands of Virginians and companies in the commonwealth. … Wednesday Virginia lawmakers on the health insurance reform commission met for the first time this year. Turns out, a staggering number of Virginians will need new plans this fall.”

A Virginia health official says, “Cancellation is a word that's used all the time…but really what's happened is the law has changed. We're not allowed to offer those plans anymore. So what we're saying to them is, you need to move to one that's compliant with the law because that's what we can offer.”