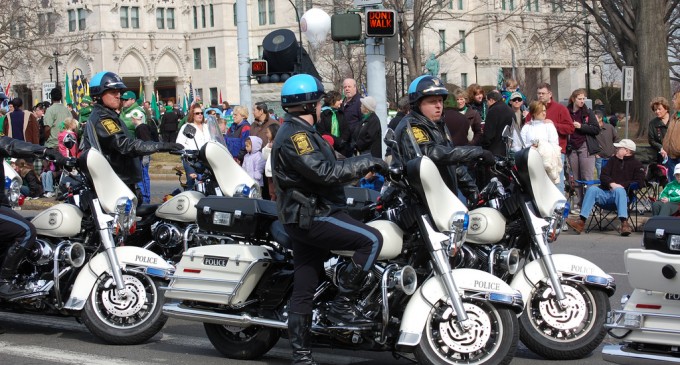 The Connecticut Peace Officers' Assn will release an open letter stating that police in Connecticut will not “be party to the oppression of the people of the state by enforcing an unconstitutional law.” So far around 250 police officers have cosigned the letter.

An estimated 100,000 people in CT have not registered their guns in accordance with the new law, turning them into felons.

Now we have hundreds of law enforcement refusing to comply. Of course, there are a lot of cops that will….and we can see the squaring off of sides coming into view.

Civil war coming soon to a city near you….

A showdown is developing between a sizable number of Connecticut state police officers and the politicians who passed into law highly restrictive gun control, gun bans, and bans on high capacity magazines.

Gun rights legal expert and activist David Hardy reported Friday that 250 law enforcement officers in Connecticut have signed an open letter stating that they will not enforce the new anti-gun and magazine laws, which they consider to be a violation of the Second Amendment to the U.S. Constitution.

A major news story on these developments is due to be published soon, but Hardy received an advanced notice via email from Tyler Jackson, the head of the Connecticut Peace Officers Association, the organization that sent the open letter.

Tyler Jackson has emailed me an interesting story, soon to appear online (I'll link to it once it does)– the gist is that the head of the Connecticut Peace Officers' Assn has released an open letter stating that the police will not “be party to the oppression of the people of the state by enforcing an unconstitutional law.” So far 250 LEOs have cosigned the letter.

Gunowners in the state have already ignored the mandate to comply with the new laws, refusing to register with the state government their possession of so-called “assault weapons” and forbidden magazines.

It is estimated that over 300,000 gunowners have practiced civil disobedience in refusing to register and give up the newly forbidden items. Only roughly 50,000 citizens in the state have complied.

But now these courageous citizens have key support in high places. With at least 250 law enforcement officers joining them in disobeying an unconstitutional law, the gunowners have a new weapon in their arsenal — the support of hundreds of police officers.

Hardy reported that with the lack of support of police, Connecticut faces massive civilian resistance, with police officers refusing to enforce a law that to most citizens crosses a line that is unacceptable in a free society.

If such a thing can happen in a deeply blue state in New England, what would law enforcement encounter if they attempted such an ill-fated attack on Constitutionally-protected rights in Texas, Wyoming, South Carolina, Utah, or Kentucky?

This is something that the political powers that be in government and law enforcement — and in the Courts — should think long and hard about before acting in such a knee-jerk fashion as Connecticut, Maryland, New Jersey, and Massachusetts have done.