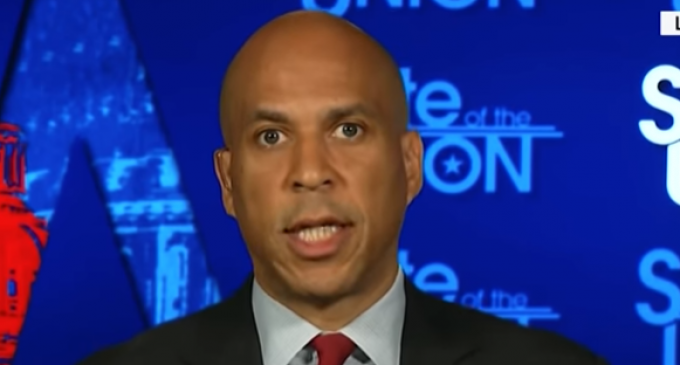 The 2020 Democrats wasted no time at all in laying blame at the feet of President Trump for the recent mass shootings in El Paso, Texas and Dayton, Ohio, specifically saying that his language against minorities promotes racial division and violence.

As to be expected, several candidates called for more gun restrictions as well as universal background checks.

South Bend Mayor Pete Buttigieg said that the President is embarrassed for having to deal with the shooting because he has “helped stoke many of these feelings in this country to begin with.”

Sen. Kamala Harris: “We have a president of the United States who has chosen to use his words in a way that have been about selling hate and division among us,” she told reporters before attending services at a black church in Las Vegas.

Sen. Bernie Sanders: “Assault weapons are designed for one reason. They are military weapons. And I don’t have to explain that to the people in Las Vegas who experienced the worst gun tragedy in the history of this country,” Sanders said. He urged Senate Majority Leader Mitch McConnell to call senators back to Washington, saying the Senate should “have a special session to address gun violence in America and let us finally have the courage to take on the NRA.”

“I say to President Trump, please stop the racist anti-immigrant rhetoric,” he said. “Stop the hatred in this country which is creating the kind of violence that we see.”

Sen. Elizabeth Warren: “We should vote within 48 hours on the two background check bills that have already passed the House,” Warren said. “It’s not everything we need to do on gun safety, but we could take important steps, and we could demonstrate to the American people that the gun manufacturers are not the ones who are calling the shots in Washington.”

“Hate has no place in our country, and we’re going to take care of it,” Trump declared before boarding Air Force One for the flight back to Washington from New Jersey, where he spent the weekend. While connecting “hate” and mental illness to the shootings, Trump made no direct mention of gun laws, a factor brought up by Democratic officials and those seeking their party’s nomination to challenge Trump’s reelection next year.

He tried to assure Americans he was dealing with the problem and defended his administration in light of criticism following the latest in a string of mass shootings. “We have done much more than most administrations,” he said, without elaboration. “We have done actually a lot. But perhaps more needs to be done.”