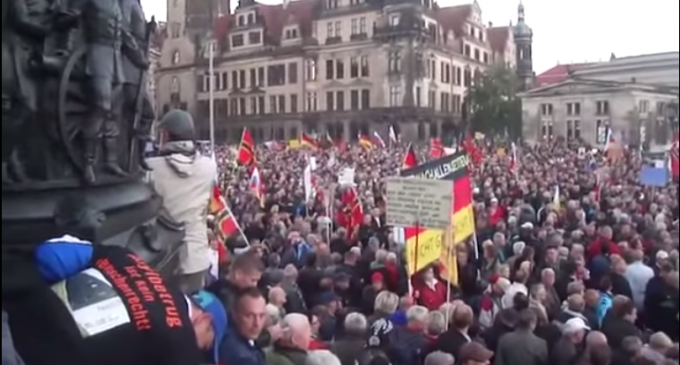 A video has surfaced on the Internet, depicting 20,000 German citizens gathered in Dresden for a protest that lasted several hours. If you've been following the migrant situation in Western Europe, you'll know that the German government hasn't exactly made the best decisions when it comes to what to do about the migrants flooding across their borders. The past few weeks have seen quite a bit of unrest throughout Germany. ISIS flags were even spotted during a few of the incidents. Well, the citizens of Germany have spoken, and they've had enough.

Read more about the protest and check out the video on the next page.