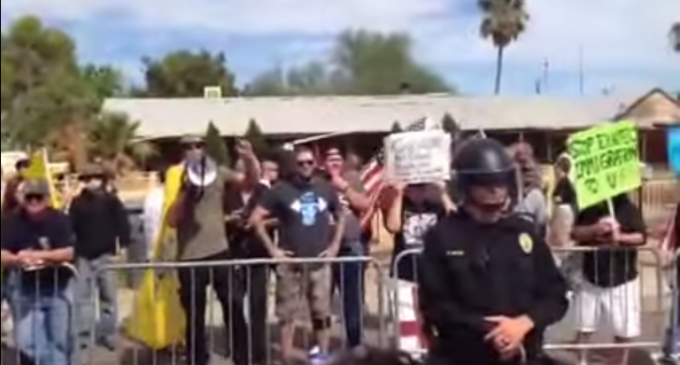 Tolerance has limits and American had reached it. Two hundred protesters gathered for a second time outside the Islamic Community Center near Interstate 17 and Northern Avenue in Phoenix to protest the Muslim religion.

And this is just a part of a nationwide rally.

The Phoenix rally is just one segment that coincides with protests at mosques in over 20 cities across the country for what is called The Global Rally for Humanity. More protesting and a video on the next page: