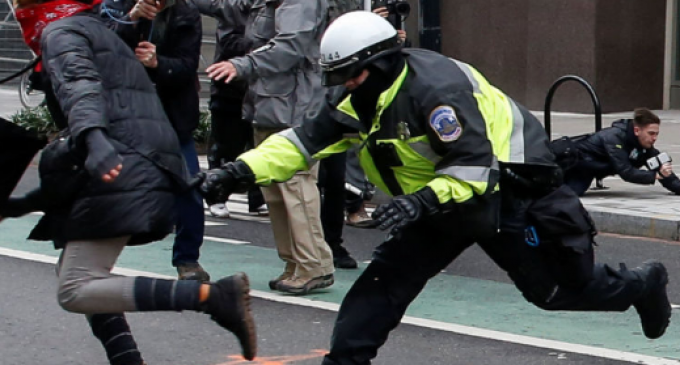 The left love “peaceful protesters” — and they’re willing to use the term even when the protests turn violent.

The recent rise of anti-Trump riots has largely been welcomed the the American press. They view the rioters as warriors for democracy who can do no wrong. Each protest is described as “peaceful” — even if they’re not — and each act of violence is shrugged off or blamed on the rise of Donald Trump.

But the justice system doesn’t seem to share the press’ love for vandalism and violence.

Since Trump’s inauguration in Washington D.C., hundreds of rioters have been arrested on charges of illegal protest and vandalism. And they’re not done making arrests. This week, several more were indicted for their involvement in the January 20th riots.

Read about the large-scale crackdown on the next page: