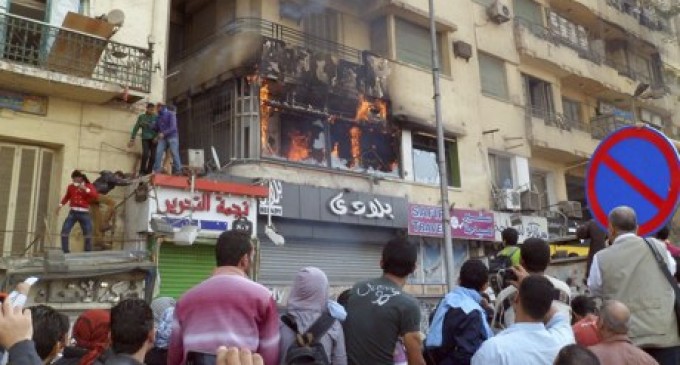 “Investigations showed the defendants created a media network headed by an Egyptian-Canadian Muslim Brotherhood member [Fahmy] that has specialised in creating video scenes contrary to reality and aired them through Qatari al-Jazeera English to distort Egypt's international reputation,” the prosecution alleged.

The identities of most of the 20 defendants were not revealed by prosecutors. It is thought that some of them could be tried in absentia, and lawyers were unclear about whether the defendants included members of al-Jazeera's Arabic channel who were arrested in August, or just the al-Jazeera English journalists seized several months later.

Al-Jazeera English's Greste, Fahmy and local producer Baher Mohamed have been detained since late December after state security officials raided their makeshift offices in the Marriott, a hotel in central Cairo. In a letter from prison, Greste recently said their incarceration was “an attack not just on me and my two colleagues but on freedom of speech across Egypt”.

Foreign journalists are the target of considerable anger from Egypt's government and its supporters. Pro-regime Egyptians resent the international media for covering alleged human rights abuses against supporters of former president Morsi and liberal dissenters opposed to both Morsi and those who ousted him.

“Egypt is still observing with much concern those members of the international community who are positioning themselves in a position which is in explicit conflict with Egyptian national security,” said Mostafa Hegazy, an adviser to Egypt's presidency last week.

“All the foreign media is just saying things from the Brotherhood's side,” agreed one pro-government supporter, Ali Abdel Samer, a shopkeeper.