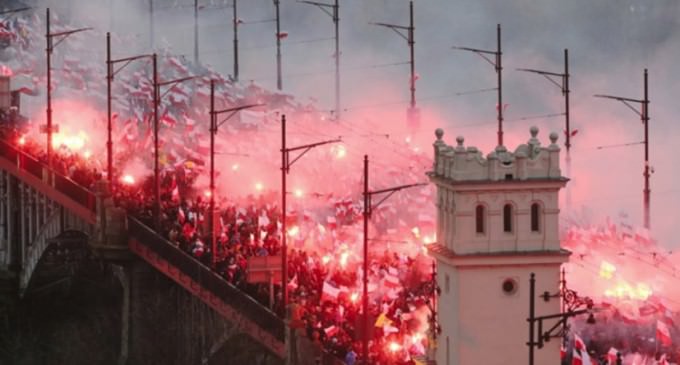 Poland has had enough of the unstoppable flood of refugees across Europe, and they're finally taking a stand.

The Polish capital saw this firsthand, as they were witness to a protest 170,000 strong against the acceptance of Islamic immigrants from Syria and Iraq.

As Poland fights back against the infiltration of their country by these potentially dangerous people, politicians across Europe seem to be begging their population to accept these new people into their communities, regardless of the security risk.

The trend doesn't stop across the pond, though, as our own refugee fight is still waging here in America. While the majority of our country's governors, representatives, and citizens oppose Obama's refugee plan, he's threatening to move forward with or without his country's support.

As such, Poland's massive protest may be a sign for what's to come if other western nations' governments continue to prioritize Syrians over their own country's people.

See the video of the protest on the next page: