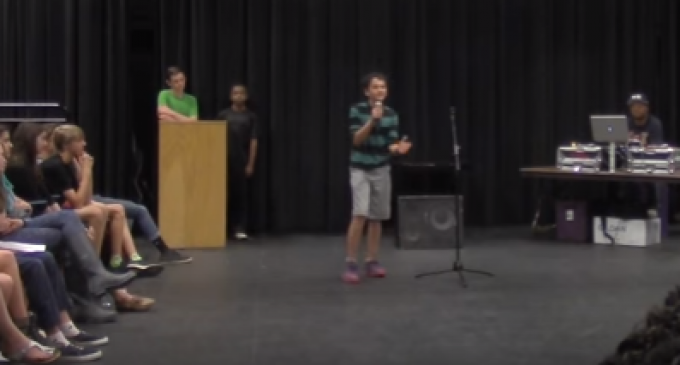 Self-esteem used to be all the rage in public education, now it is self-deprivation if one is white kid.  The guilt-tripping of children that “white privilege” is their fault and they must apologize their fair-skin tone in disgusting.  Basically, white school children must pay for the perceived sins of their white fore-fathers.

Not only are kids of all skin color are being taught that those of fairer complexion are to blame, but also history lessons are being scrubbed of the incredible things that European culture has given the world from:  “democracy, the Enlightenment, the Industrial Revolution, the Reformation, capitalism and a host of other achievements that have made the world a safer, freer, and more prosperous place.”

View the “White Boy Privilege” poem on the next page.