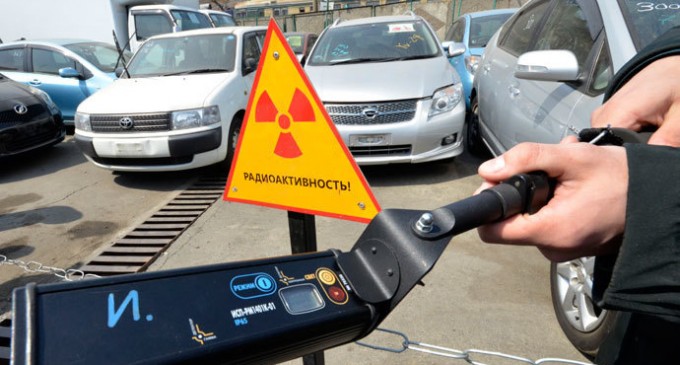 After seeing Russia ban 130 cars from entering their country from Japan because they were ‘radioactive’, it makes me contemplate buying a Geiger counter to test cars, fish and anything else that might come from Japanese companies.

Somehow, I just don’t trust the Obama administration to be very diligent in looking out for my health.

Strict control of all cargo, arriving from Japan, will continue in 2014 as well, Rospotrebnadzor said on its website.

“In 2013, Russia has banned 165 batches of contaminated goods from entering the country. There were mainly used cars – 132, and spare parts for vehicles – 33,” the statement said.

Deliveries of fish coming from Japan and those caught in the Pacific Ocean are also being monitored, the agency said.

“Particular attention is paid to this issue in Russia’s Far East, where radiation control of fish is being wieldy implemented, including the distribution chain,” Rospotrebnadzor said.

The supply of Japanese fish to Russia is currently allowed only under a special declaration that confirms the presence of radioactive substances in the products is within safety standards established by the Customs Union of Russia, Belarus and Kazakhstan.

The check hasn’t revealed any fish or other food products that “don’t meet sanitary regulations on radiation indicators,” the agency said.

The Fukushima nuclear plant was hit by an earthquake and a tsunami in March 2011, which resulted in the world’s biggest nuclear disaster since Chernobyl.

Leakage of radiation-contaminated water has been the major threat to population and environment of Japan and neighboring states from the very beginning of the crisis at the facility, situated just 250 kilometers from Japan’s capital city, Tokyo.