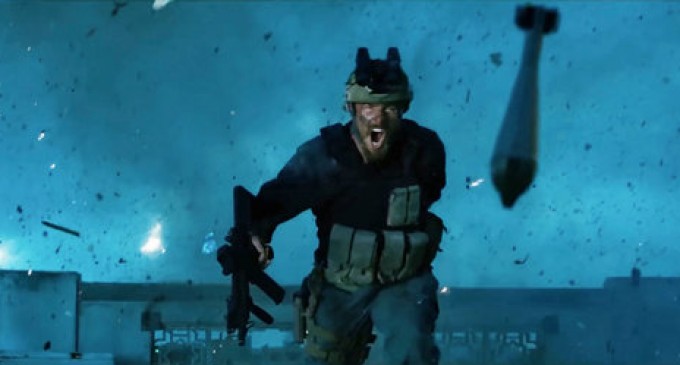 Michael Bay’s 13 Hours is about the September 11th attack on the American diplomatic compound in Benghazi.

It’s also about the October surprise of 2012 that should have derailed President Obama’s re-election.

The film depicts the Benghazi attacks based on accounts from witnesses and participants in the fighting, not from the reports of D.C. hacks and political operatives.

The actual event itself should have cost President Obama the 2012 election but a loyal staff and complicit media were on hand to lie their way through the months following the attack. Actually, it’s attacks plural because the jihadists came back to fight a few times.

Once news of the attack hit, team Obama knew they could not have a September 11th attack clouding up the airwaves so they concocted a story about an obscure YouTube video attacking Islam, of which there are many (no attacks based off of those videos) and ran with the narrative that middle-aged dudes with minor theatrical talent can paralyze a nation across the globe.

The only people who “believed” this farce was the press who were all too eager to bury the disaster of Obama’s foreign adventures in Libya.

Unfortunately, the truth about a bungled staff more worried about covering behinds than saving lives came out a few months too late after the election.

Then people started questioning “What took so long to send help?”