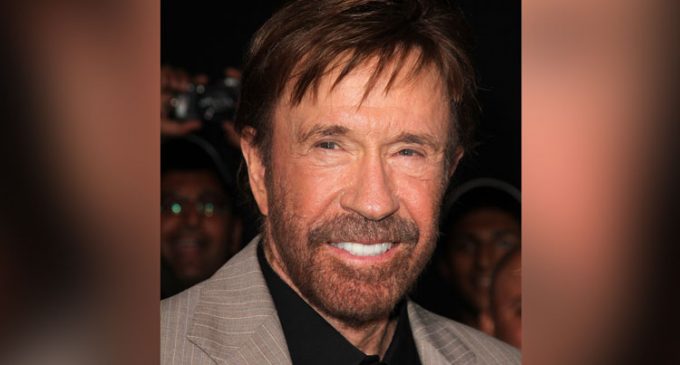 The legendary Chuck Norris has a well-earned reputation as a fearless, yet decent celebrity. After serving his country in the U.S. Air Force, Norris went on to gain fame as a martial artist, eventually founding a school to train others. His charisma and martial arts talent landed him film roles with Bruce Lee and a host of others. Later, he appeared on TV as “Walker, Texas Ranger,” and is also a spokesman for the NRA. Throughout his career, he’s had a rare reputation as a humble and moral person.

After the RNC, Norris declared his support for Donald Trump, stating in an article, “There is no doubt about it: A ‘no’ vote for Trump is a vote for Hillary. Any way you boil it down, that’s the end result. And every last person across America needs to sincerely reflect upon the fact if they want to vote for Hillary by merely staying home on Election Day. That is what she is hoping for.”

Norris is not the only celebrity to speak out in support of Trump. In an industry that seems to be full of unthinking Socialist sentiment, it’s good to know that Chuck and others stand with the President.