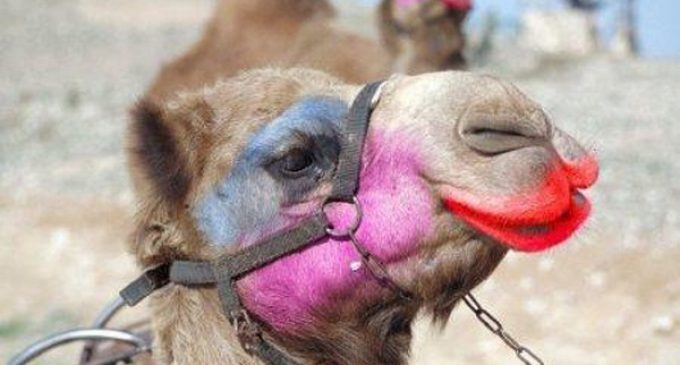 In America, beauty pageants might feature beaming supermodels clad in their sensuous best, but in the devoutly Muslim country of Saudi Arabia, animals take the place of women. Not that any of the men seem to mind any. Even going to the pains to hold their infamous $31 million dollars ‘Miss Camel’ pageant in secluded dessert territory an hour and a half drive from the city of Riyadh.

Some 10,000 men gather annually to appraise the “attractiveness” and most desired “leathery wide lips” of each of these animals competing for the coveted title of ‘Miss Camel’. Although one does have to find it odd that male specimens appear to be excluded from this quintessential celebration of Saudi Arabian heritage.

All chaos, however, broke out at this year’s festival when it was discovered what several vets had been caught doing to their camels.