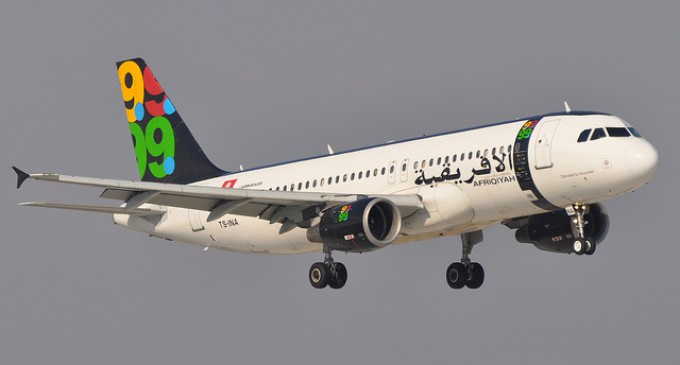 Islamist militias seized control of 11 commercial jetliners last year in Tripoli, Libya, prompting concerns from western intelligence agencies that the jets could be used in terrorist attacks across North Africa just as we approach the anniversary of 9/11.

Our military forces in North Africa, including Morocco, Algeria, Tunisia, and Egypt have been placed on high alert.

Intelligence reports of the stolen jetliners were distributed within the U.S. government over the past two weeks and included a warning that one or more of the aircraft could be used in an attack later this month on the date marking the anniversary of the Sept. 11, 2001, terrorist attacks against New York and Washington, said U.S. officials familiar with the reports.

“There are a number of commercial airliners in Libya that are missing,” said one official. “We found out on September 11 what can happen with hijacked planes.”

The official said the aircraft are a serious counterterrorism concern because reports of terrorist control over the Libyan airliners come three weeks before the 13th anniversary of 9/11 attacks and the second anniversary of the Libyan terrorist attack on the U.S. diplomatic compound in Benghazi.

Four Americans, including Ambassador Christopher Stevens, were killed in the Benghazi attack, which the Obama administration initially said was the result of a spontaneous demonstration against an anti-Muslim video.

A senior State Department counterterrorism official declined to comment on reports of the stolen jetliners.

A second State department official sought to downplay the reports. “We can’t confirm that,” he said.

Meanwhile, officials said Egyptian military forces appear to be preparing to intervene in Libya to prevent the country from becoming a failed state run by terrorists, many with ties to al Qaeda.

Libya remains an oil-rich state and if the country is taken over completely by Islamist extremists, U.S. counterterrorism officials believe it will become another terrorist safe haven in the region.

The officials said U.S. intelligence agencies have not confirmed the aircraft theft following the takeover of Tripoli International Airport in late August, and are attempting to locate all aircraft owned by two Libyan state-owned airline companies, as security in the country continued to deteriorate amid fighting between Islamists and anti-Islamist militias.

Video surfaced on Sunday showing armed fighters from the Islamist militia group Libyan Dawn partying inside a captured U.S. diplomatic compound in Tripoli. The footage showed one fighter diving into a pool from a second-story balcony at the facility.

Tripoli airport and at least seven aircraft were reported damaged during fighting that began in July. Photos of the airport in the aftermath showed a number of damaged aircraft. The airport has been closed since mid-July.

The aircraft were reportedly taken in late August following the takeover of Tripoli International Airport, located about 20 miles south of the capital, by Libyan Dawn.

Al Jazeera television reported in late August that western intelligence reports had warned of terror threats to the region from 11 stolen commercial jets.

In response, Tunisia stopped flights from other Libyan airports at Tripoli, Sirte, and Misrata over concerns that jets from those airports could be on suicide missions.

Egypt’s government also halted flights to and from Libya.

Military forces in North Africa, including those from Morocco, Algeria, Tunisia, and Egypt have been placed on heightened alert as a result of intelligence warning of the stolen aircraft.

Egyptian military jets reportedly have conducted strikes inside Libya against Libyan Dawn positions recently, and U.S. officials said there are signs a larger Egyptian military incursion is being planned.

Egyptian President Abdel-Fatah al-Sisi was quoted as denying Egyptian air strikes into Libya have taken place but suggested that military action is being considered.

Secretary of State John Kerry last week told his Egyptian counterpart that the United States would speed up the delivery of Apache attack helicopters, although it is not clear the Apaches would be used in any Libyan operations.

Egypt’s military-backed government appears to be seeking a more significant role in regional security after the Obama administration helped engineer the ouster of Libyan strongman Moammar Qaddafi in 2011. Since then, the Obama  administration, through its announced policy of “leading from behind,” has stood by while Libya gradually has spiraled into chaos.

The Libyan government announced Sunday that it no longer controlled the capital of Tripoli.

“We announce that the majority of the ministries, institutions, and associations in the capital Tripoli are no longer under its control,” a government statement said. 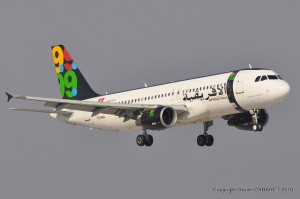