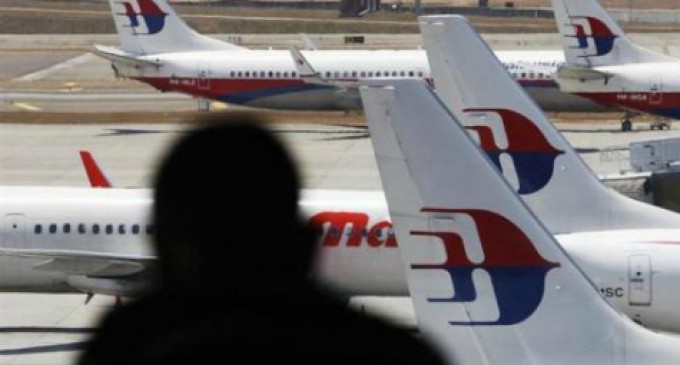 11 terrorists linked to al-Qaeda have been detained for questioning on the disappearance of Malaysia Airlines flight MH370.

It was also revealed last week that MH370 was carrying 2.45 tonnes of cargo not listed on the official manifest.

Reports coming out of the UK, specifically the Daily Mail, shed new light on the missing Malaysia Airways Flight 370. Eleven al Qaeda-linked terrorists are being questioned on their knowledge of the missing plane and there is speculation surrounding more than 2 tonnes of sensitive and unaccounted for cargo.

The suspects were arrested last week in Kuala Lumpur and in the state of Kedahm and, according to the Mail, are members of a new group planning attacks in Muslim nations.

The suspects had been identified by both the FBI and MI6 a​s​ pe​rsons​ of interest and​ are ​reported to be​ members of a new terror group said to be planning bomb attacks in Muslim countries.

At the same time, it was revealed yesterday that MH370 was carrying cargo which had not been listed on the official manifest. One consignment included 200kg of lithium batteries – already a restricted cargo – but had a total declared weight of 2.45 tonnes. One company spokesperson involved in the shipment stated to Malaysia's The Star that the nature of the cargo could not be disclosed. Another official with the airline described the missing cargo as radio components and chargers, but this is not indicated on the documents already released.

TSA no longer allows the carriage of spare lithium batteries in checked luggage and in 2012 the US Postal Service banned shipping any item with a lithium battery overseas due to the danger of fire.