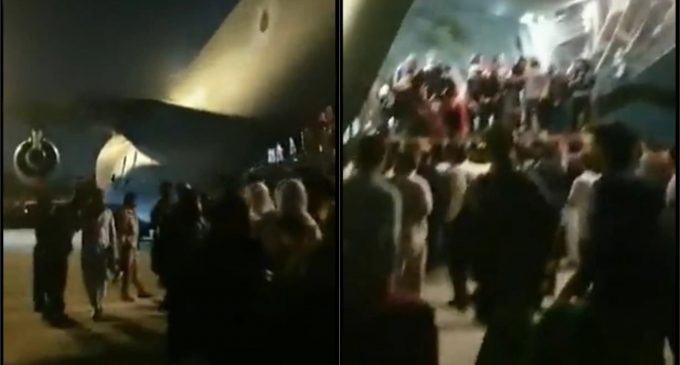 The situation in Kabul, and all of Afghanistan for that matter, has deteriorated very rapidly as a Taliban official says they will soon declare the Islamic Emirate of Afghanistan from the presidential palace in Kabul. Reuters has reported that Afghan President Ashraf Ghani has fled the country as the Taliban overrun the capital Kabul and essentially taken control of the country.

In a press conference that one former CIA officer claimed is “the most infamous and devastating press conference ever held by an American president,” Biden claimed that a Taliban takeover was not inevitable.

When I announced our drawdown in April, I said we would be out by September, and we’re on track to meet that target,” Biden had said. “Our military mission in Afghanistan will conclude on August 31st.”

Here's the exchange from a bit over a month ago:

REPORTER: Is a Taliban takeover of Afghanistan now inevitable?

THE PRESIDENT:  No, it is not.

THE PRESIDENT:  Because you — the Afghan troops have 300,000 well-equipped — as well-equipped as any army in the world — and an air force against something like 75,000 Taliban. It is not inevitable.

Perhaps this utter failure to grasp or predict anything close to reality on the ground in the conflict is a failure also shared by US intelligence, given that it was only in June that a widely reported intel assessment forecast that Kabul could fall within six months.

Turn the page for video of Americans fleeing the country and reactions to Biden's failed initiative to withdraw from Afghanistan.