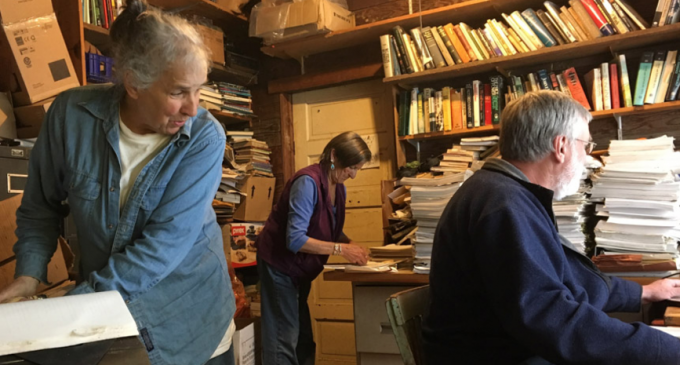 There was a movie back in 1979 called Prophecy…but not the one you're thinking of with Christopher Walken.  That was actually called “The Prophecy.”  Anyway, there was another with Talia Shire (you know, “Yo, Adrian!”) that was about an environmentalist professor/activist who was advocating on behalf of a Native American tribe in an area of Maine and was doing an investigative paper.  He brings along his wife on the trip (Shire) and they uncover a terrible secret that a paper mill in the area where the clear-cutting of trees is going on has been using certain chemicals and bleaches in the mill processes that are releasing into the area streams and lakes and grounds.

I'm sure you've already guessed where this is going, right?

The Native Americans complain to the professor and show him evidence of the mutations that are taking place in the forests and he goes along for the ride a few times to witness them as they confront the lumber company for, what they call, violations of their land rights.

Inevitably, the movie turns into a somewhat cheesy type of 1980s-style sci-fi film, but for the most part is not bad.  The acting's pretty solid.  The point of the movie, obviously, was that excessive, undisciplined use of chemicals and careless disposal of waste will eventually lead to mutations in the environment that could have devastating effects.

In the woods of Oregon, beginning in the mid-1970s, right before the movie, Prophecy, was released, a woman named Carol Van Strum began a simple crusade of exposing major chemical corporations that were using questionable research methods and, because of their activities in cooperation with the U.S. Forest Service, brought a lawsuit against them.  Read on the next page about how the loss of her home and children in one terrifying moment changed her entire life and how the chemical industry cemented a confrontational relationship with Van Strum that still exists to this very day!