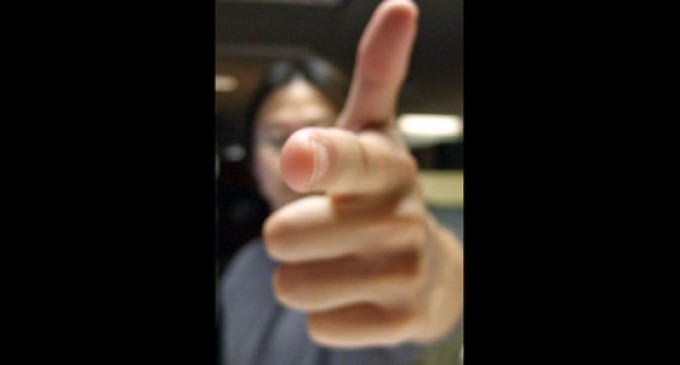 In yet another case of ridiculous over-reaction, a Georgia schoolboy was suspended for a day for pretending to fire an imaginary arrow at a fellow student.

Administrators told the boy’s parents that he could even be expelled.

Johnny Jones is a fifth grader at South Eastern Middle School. A few weeks ago, he was walking back to his desk when a friend aimed a folder at him and shot it like a gun. Jones retaliated by pulling back his arm as if releasing an arrow from an invisible bow. Whether either of the imaginary projectiles hit their target is unknown, since neither actually existed.

Still, this act of domestic terrorism was enough to merit a one-day suspension for Jones.

School principal John Horton also called Jones’s parents to inform them of the seriousness of their son’s offense. Because young Johnny had “threatened” another student with a “replica or representation of a firearm,” he was in danger of being expelled, according to The Gilmer Mirror.

The school district’s code of conduct prohibits the use of replica or lookalike weapons.

The Rutherford Institute, a civil liberties organization, is defending the boy.

“The Rutherford Institute has been called on to intervene in hundreds of cases like this involving young people who were suspended, expelled, and even arrested for violating school zero tolerance policies that criminalize childish behavior and punish all offenses severely, no matter how minor or non-threatening the so-called infraction may have been,” said John W. Whitehead, president of The Rutherford Institute, in a statement. “We all want to keep the schools safe, but I’d far prefer to see something credible done about actual threats, rather than this ongoing, senseless targeting of imaginary horseplay.”