Cont. from the previous page

So much isn’t adding up about the deadly Las Vegas shooting. It almost seems like an inside job.

7) Why Were The Field Lights Turned On When the Shooter Started Firing?

In addition, once the shooting started, the stage lights were turned to the crowd, lighting up the crowd and making them an easier target for the shooter(s). Was this deliberate?

But then, when the paramedics went in to help the victims, the LIGHTS WERE TURNED BACK OFF!

See this for yourself 38 seconds into the video

8) Why Are Witnesses Claiming the Exits Were Blocked???

Multiple eye-witnesses are coming forward claiming all the exits were blocked.

One witness described the situation as “being caught like a rat in a maze” with numerous “dead ends.”

Now we have to factor in the stress of the moment. But, it seems rather unlikely at this point in time that these claims are entirely based on psychological reactions vs. physical surroundings.

Death rates would be sustainably lower if concert-goers have been able to exit the premises. Think back to any major concert you may have attended in recent months. Were the exits closed-off? That has most certainly never been my experience, nor that of other acquaintances. Why would that have been the case yesterday of all nights?

Which leads some to speculate “did the owners of Mandalay Bay itself know something was about to happen?

9) CEO of MGM (Which Owns Mandalay Bay) Sold His Stock Week Before Attack!

MGM Grand owns Mandalay Bay Casino Hotel in Las Vegas, from where a shooter attacked a nearby Country Music Festival, killing 59 and injuring 527.  The Chief Executive Officer of MGM Grand, James Murren, suddenly began selling-off his MGM Grand Stocks in the weeks BEFORE the attack took place!  Why?

Did James Murren have prior knowledge that this attack was going to take place?  Did he know that the value of MGM Grand stocks would plummet after the attack, and so he cashed-out before the attack happened? 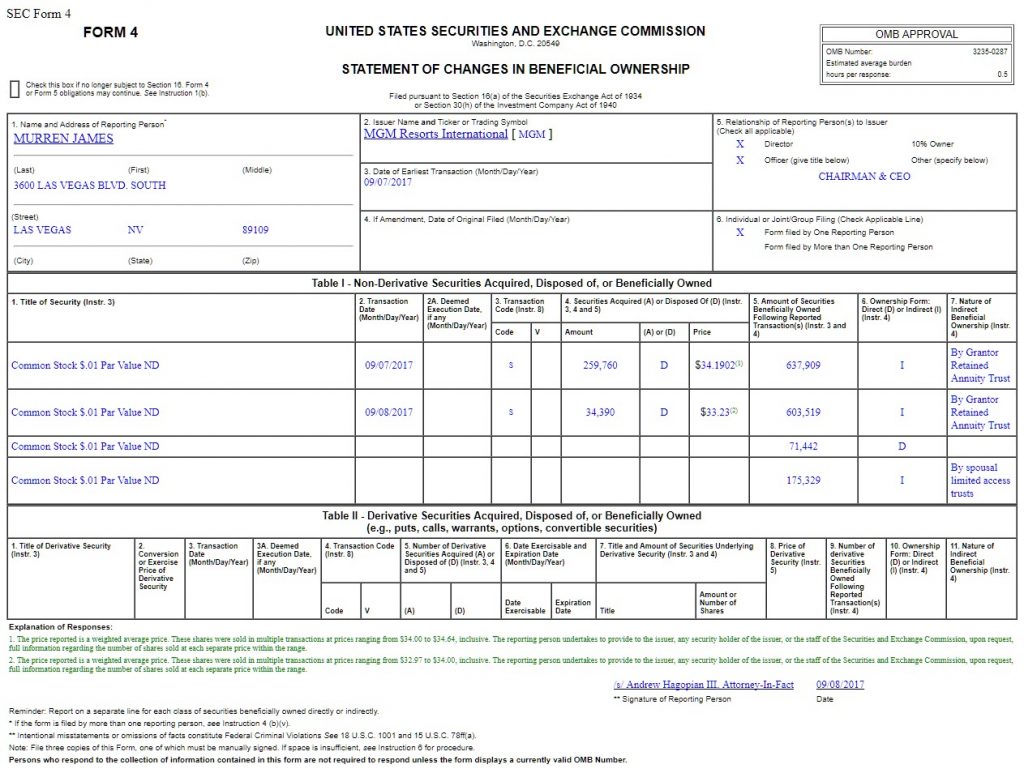 Someone else also knew something deadly was about to unfold at that Jason Aldean concert October 1st, 2017 before it happened.

Continue on to the next page to find out the very last clue surrounding the heartbreaking shooting in Vegas.