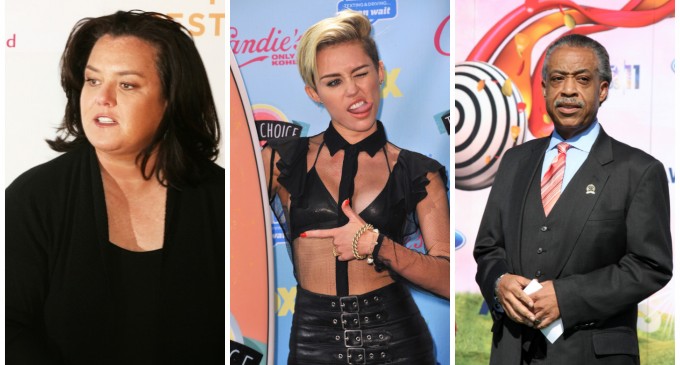 There is a list of celebrities that are threatening to leave the country if Trump is elected, this is even causing the #nevertrump fans to hope that they leave due to his potential presidency.  It seems that there is always some celeb who cries out in woe, claiming that if “fill in the blank”  gets elected they will leave the country, go to Canada, flee to Mexico, get the heck out of dodge.

All I can say is good riddance!  America will be a much better place without the mouthy likes of Whoopi, Sharpton and Cher!

Ten celebrities have promised to leave and I say we throw a good-bye party in their honor and show them to the “beautiful gate” in the huuuuuge wall that Trump promises to build.

On the following page, peruse the list of whiny celebrities who claim that cannot live in a Trump America.