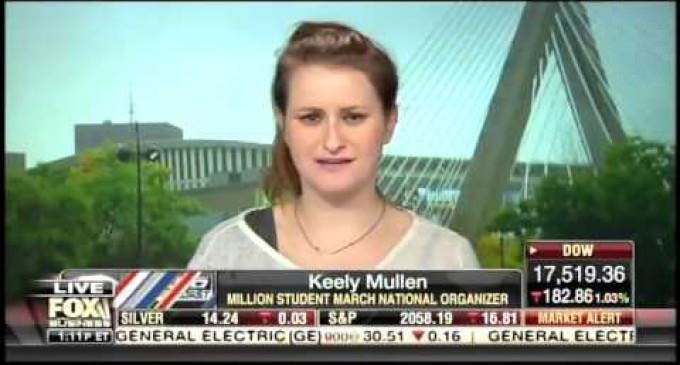 A veritable tidal wave of unrest has stricken college campuses across the nation, with liberal activists and race-baiting rabble rousers taking to the streets to protest the various injustices they believe they are made to suffer. This “Million Student March” purports to represent “people of all colors, genders, and sexual orientation,” all of whom are on a mission to secure education for themselves as “a human right”. As you might have guessed, they think that part of this “human right” is having somebody else pay for it, and to that end they have demanded that students be able to attend public colleges free of charge, that the debt they incurred by taking out exorbitant amounts of students loans be forgiven, and that college workers be promised a minimum wage of at least $15.

Now where are they planning to get the money for all this? Search me, and search them too while you're at it!

For more on this gross display of entitlement, turn to the next page: