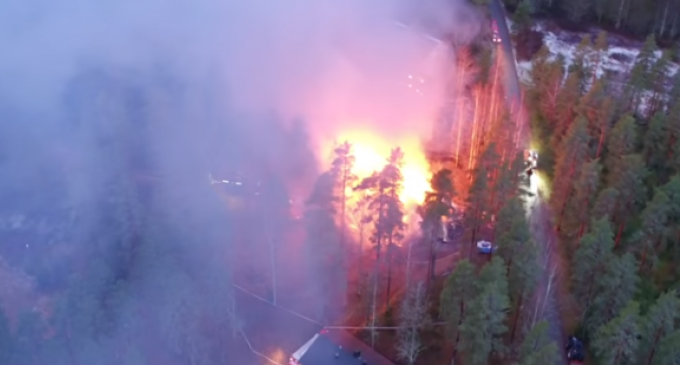 While people across Europe and here in the United States continue to voice their concerns about the security of their nation in the face of Syrian and Iraqi refugees, just as many supposedly representative governments seem to be ignoring the will of their own people and letting them in anyway.

That policy may be backfiring, though, as multiple countries are now reporting that certain citizens are taking matters into their own hands.

In the latest instance of civilian retaliation against Syrian refugees, a Finnish refugee camp was set on fire before the government was able to accept Syrian immigrants into the facility. See the next page: