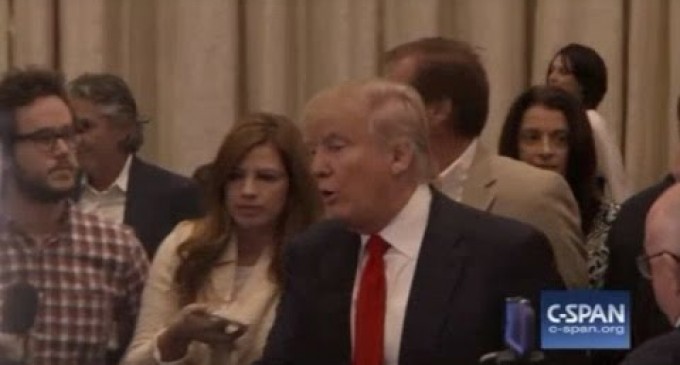 One of the mot recent media controversies surrounding Donald Trump — there will no doubt be many more by the time you read this — surrounds Breitbart reporter Michelle Fields, who accused Donald Trump's campaign manager of assaulting her at a Donald Trump campaign rally. Many have backed up her story, and many have dispelled it as pure fiction. Something that has never materialized, however, is definitive proof either way.

Now, however, video of the alleged event is attempting to provide just that, and prove that the event never occurred.

Of course, many will think this video proves nothing, and they'll point to the uproar happening within Brietbart as proof.

Fields resigned over the matter, and she took Ben Shapiro with her, accusing Brietbart of siding with Trump over their own employee.

To see who you believe, check out the video on the next page: