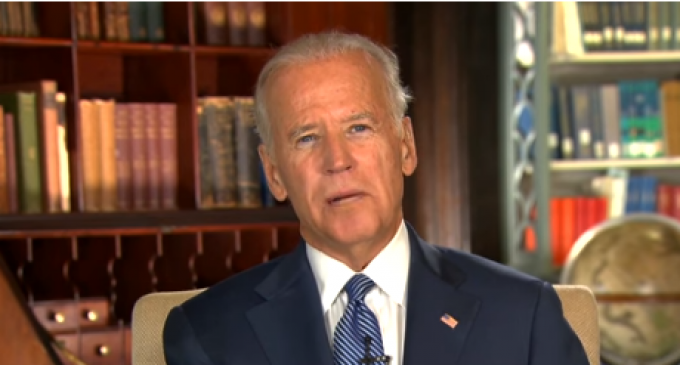 With the fallout from the Iranian capture of American servicemen this week settling, the Obama administration scrambled to save face.

Knowing that it handled the situation poorly, the White House dispatched Vice President Joe Biden to minimize the damage from it's pathetic response. This was no easy task, but Biden, as usual, did his part to cover the administration's failure.

Confronted about the fact that the prisoners were only released after Secretary of State John Kerry groveled to the Iranians over the phone, Biden struggled to defend the administration's course of action. He finally offered that although the US did beg the Iranians to let the sailors go, it didn't “apologize to them.”

“When you have a problem with the boat, (do) you apologize the boat had a problem? No,” Biden said. “And there was no looking for any apology. This was just standard nautical practice.”

Gee Joe, I wonder if the Navy personnel forced to bow on their knees and held in captivity for two days felt that this was “just standard nautical practice.”

Turn to the next page for more information.