A can of beer got grad student Patrick Lamson-Hall behind bars for 27 hours in New York city. When Patrick had a can of beer out on a West Village stoop he was given a court summons date. Months later, after he forgot the incident as well as the court summons, he was stopped by cops for riding his bike on the sidewalk. He was taken to 79th Precinct in Bedford-Stuyvesant over his failure to appear in court. There he spent the night in jail. Although he’s definitely not alone among New Yorkers, as 1 in 8 New Yorkers have warrants from similar petty crimes.

As many as one-in-eight New Yorkers faces a similar fate, as unresolved summonses – from littering to walking a dog without a leash – surge to staggering highs across the city.

There are now more than 1 million open bench warrants against loiterers, boozers and other petty scofflaws in New York, court records show. And while it’s unclear how many offenders are deceased or carry multiple offenses, the number of outlaws here nearly matches the population of Dallas.

Many may never get pinched for a forgotten or ignored pink slip. But a legal nightmare looms uncomfortably close for countless others.

“Even if you feel that you were in the right, even if you feel that the summons is ridiculous, you need to come to court to resolve it because there are real consequences if you don’t,” said David Bookstaver, a spokesman for the court system.
[Such threats] don’t seem to deter hordes of New Yorkers. There were 299,555 open bench warrants in Manhattan alone and another 245,000 in the Bronx at the beginning of May 2012, the latest available tally shows. Brooklyn and Queens had 237,000 and 218,000 respectively, while a mere 30,500 warrants hover above the heads of petty criminals on Staten Island.

The idea of locking so many people up is preposterous to some.

“All of this is a tremendous amount of city resources being spent chasing people for conduct that a reasonable person would hardly view as criminal,” said Stephen Banks, the chief attorney for the Legal Aid Society. “It would make more sense to review the outstanding warrants and clear them – particularly when the underlying alleged conduct is hardly a threat to public safety.”

“The Warrant Division pursues individuals wanted for crimes and will arrest a person wanted on a bench warrant during the course of an investigation,” a department spokeswoman said.

“Clearly, we see the police department doing what they’re supposed to be doing,” said Bookstaver. “They’re following up on warrants and having people get their day in court. It’s a civics lesson. A good civics lesson.” 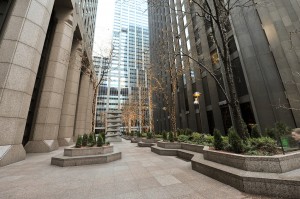