Here is a cautionary tale for those law-abiding citizens who submitted to pressure by gun grabbers and got their gun permits, as required.

Recently Florida businessman John Filippidis took his family on a road trip to New Jersey, but left his  handgun at home in the safe. John has a concealed-weapon license; he plays by the rules.

“I wanted to be able to defend my family, my household and the ground I’m standing on,” he told The Tribune. “But I’m not looking for any trouble.”

Filippidis decided to keep the gun home, locked in the safe, when the family took a road trip to New Jersey to celebrate Christmas and attend a wedding.

The visit went as planned. The family’s return to Florida was another matter.

Shortly after entering Maryland with his wife, Kelly, and three teenage girls, Filippidis noticed he was being checked out by an unmarked police car. The car would follow for a bit, pull slowly ahead, then fall back again behind the family’s 2012 Ford Explorer.

“Ten minutes he’s behind us,” Filippidis said. “We weren’t speeding. In fact, lots of other cars were whizzing past. We keep wondering, is he going to do something?”

When the family was pulled over, they discovered they’d been bird-dogged by the Maryland Transportation Authority Police.

Ten minutes after an officer took Filippidis’ license, registration and proof of insurance to his patrol car, he returned the documents, ordered him out of the vehicle and told him to hook his thumbs behind his back and spread his legs.

“At home in my safe,” Filippidis replied.

The officer told him to stay put, then returned to the Explorer to check with Kelly Filippidis.

She wasn’t aware that he’d left it home, and told the officer it could be anywhere — in the glove box, in the console — she just didn’t know. The officer walked back to Filippidis, who was still standing spread-legged between the SUV and cop car.

“You’re a liar,” the officer said. “You’re lying to me. Your family says you have it. Where is the gun? Tell me where it is, and we can resolve this right now.”

Right about this time, one has to ask, How did they know he was a gun owner? And why was he stopped in the first place?

The officer called in backup and spent the next two hours searching the Explorer and its contents. Probable cause of what? Legally possessing a firearm?

“All that time, he’s humiliating me in front of my family, making me feel like a criminal,” John Filippidis said. “I’ve never been to prison, never declared bankruptcy, I pay my taxes, support my 20 employees’ families. I’ve never been in any kind of trouble.”

This is not the purpose of a firearms permit, to allow authorities to track down and harass citizens, in effect providing an incentive to NOT comply with firearms laws! 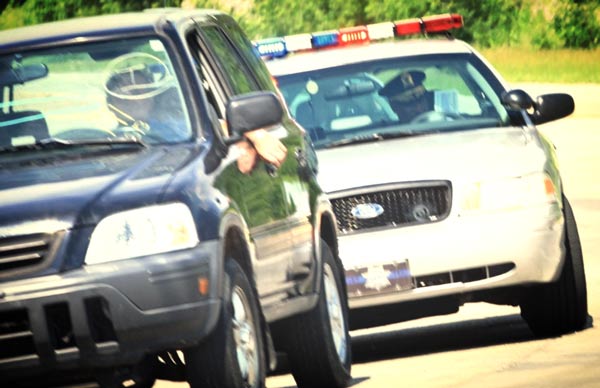