Ignoring the seemingly unending string of disappointing disasters in the ObamaCare rollout, from security issues to incredible cost overruns, missed deadlines and most recently a series of illegal deadline extensions, Vice President Joe Biden announced that the  Affordable Care Act will soon be off to a “hell of a start.”

In an unannounced appearance at a coffee shop in Minneapolis, the vice president, widely known for his penchant for misspeaking at public venues, said Americans will likely miss the sign up goal of 7 million, the number of people the federal government has decided is crucial for the ACA to function properly.

“We may not get to 7 million, but if we get to 5 or 6 million that’s a hell of a start,” Biden said, according to Politico.

Weighing down the federal government’s embattled and immensely expensive online healthcare marketplace’s ability to process such an immense amount of enrollees are a wide swath of technical issues, from various glitches to incompetent coding and gaping security vulnerabilities.

“We didn’t want this to start off as shaky as it did,” Biden said, acknowledging the bungling of the government’s healthcare rollout. “But it’s complicated,” he added.

It seems like the government ought to have had an inkling of just how complicated such a system would be, before they spent the time, resources and money to implement it. 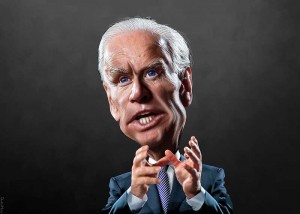