Fortunately, Obama finally had time to focus on the reason everyone was there: to hear his self-serving speech.

That’s not counting any cakes and coffee he and his inner circle consume aboard Air Force One during the 18,000-mile round trip to Johannesburg, via Dakar, in Senegal.

The 28-hour two-way flight will cost $5 million because the four-engined Boeing 747 costs roughly $180,000 an hour to operate, according to a May 2012 report by the Congressional Research Service.

The cost includes jet fuel and subsequent maintenance of the aircraft’s engines, electronics and hotel-class facilities.

In addition to Obama and his entourage aboard Air Force One, the government sent along the presidential security detail – armed guards, bullet-proof limos, and other equipment – on a far less luxurious C-17 cargo lifters based out of Andrews Air Force base. Cost: $23,811 per hour.

Obama’s trip is not merely ceremonial. The high profile event serves as a spectacular propaganda piece to highlight multiculturalism, the latest political control tool exploited by the establishment.

Incidentally, the ideological heirs to Mandela’s communism do not support Obama’s presence in South Africa. 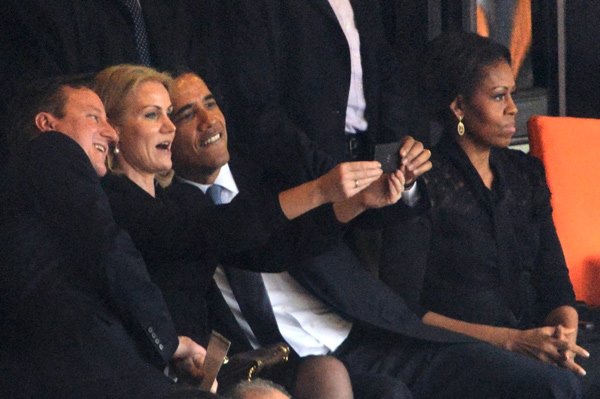