Gun-grabber Michael Bloomberg recently started another dangerously meddlesome anti-gun initiative, Everytown For Gun Safety. He aims to build an anti-gun group based on fear-mongering and fact-free emotional idealism to fight groups like the NRA.

Unfortunately for them, it looks like Hoosiers appreciate their guns as much as the rest of the country.

Yesterday, Hoosiers Concerned About Gun Violence held a rally that drew a full 25 protesters. They read names of people killed by guns. A grandmother spoke about the murder of her grandson, making sure to convey that her black grandson was killed by a 55-year-old white man. Race makes the argument more powerful, right?

“It was clear that she was not talking about “sensible” gun reform,” says WIBC’s Tony Katz, who was in attendance. “She was there to have a conversation about race. It was odd, unfortunate and unnecessary. It completely undercut any ‘legitimate’ conversation they were having at the rally.”
Katz went on to address another speaker, Dr. Steve Posner, who said that the NRA is funded by gun manufacturers, so they can’t be objective. The assertion is odd, he says, since “Everytown got $50 million from Bloomberg, and he wants to grab the guns as well. When its their money, its grass roots. When its someone else’s money, it’s obscene and wrong and evil and destroying America.”
Meanwhile, Everytown For Gun Safety dropped a report entitled “Not your grandparents’ NRA,” that portrays the NRA as a radicalized, murderous group, as opposed to the small gun club it was in its inception.

But the NRA that was created after the Civil War to promote hunting, marksmanship, and safety training — and that supported common sense gun laws — no longer exists. Today’s NRA would be unrecognizable to the founding members of the organization.

Anti-gun fanatics have taken to spamming the #NRAAM hashtag to pro-2nd Amendment elected officials. They focus on attempts to scare women and mothers, but at least in Indiana their attempts are meeting with failure and gun permits in the state are up 42% among women. 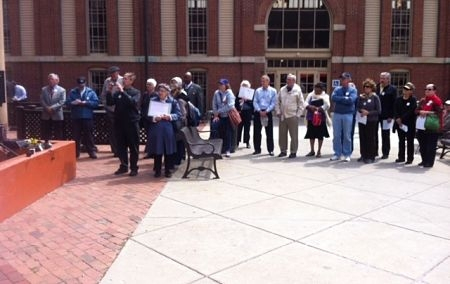