One of Obama’s pet federal judges says installing fencing along the U.S.-Mexico border could discriminate against minorities. Judge Beryl Howell’s statement paves the way for further erosion of the Homeland Security project intended to control illegal immigration and curtail the spill-over of violent crime on the rise in Mexico. Howell stated in her ruling that the congressionally approved project may have a “disparate impact on lower-income minority communities.”

What do you think? Is the project to secure the border racist or is that a red-herring to distract from other issues? 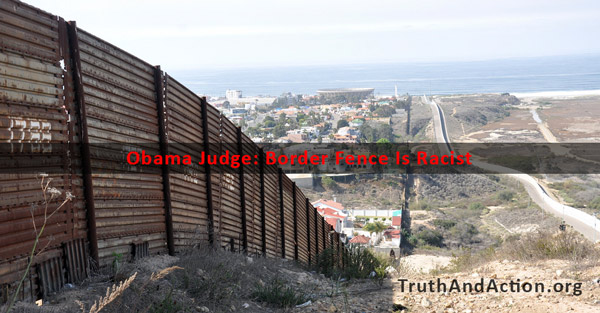