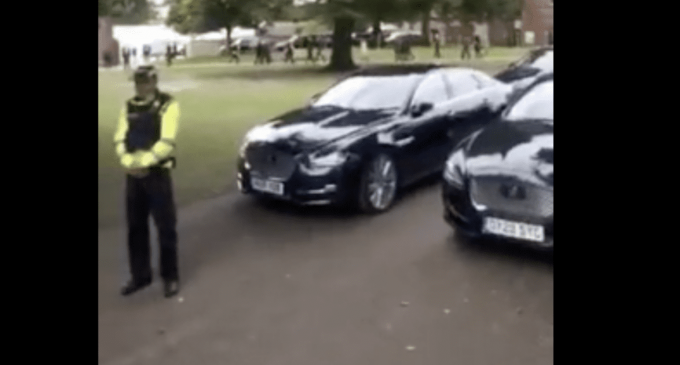 Nancy Pelosi probably wasn't expecting the harsh heckling she got when she arrived in the United Kingdom for a talk at Cambridge University.

Despite the botched Afghanistan withdrawal, Democrat Speaker of the House Nancy Pelosi said President Joe Biden is “perfect” and “knows his foreign policy.”

Pelosi’s remarks were made at the Cambridge Union Society in Cambridge, United Kingdom.

Clueless Pelosi forgets what a disaster the Afghan withdrawal was when 13 of our brave service members were murdered by a suicide bomb. Also, there are Americans still trapped in Afghanistan that wouldn’t agree with Pelosi. She’s on record saying the $86 billion in military equipment we left to the Taliban is no big deal.

“I think he has been wrong on nearly every major foreign policy and national security issue over the past four decades.”