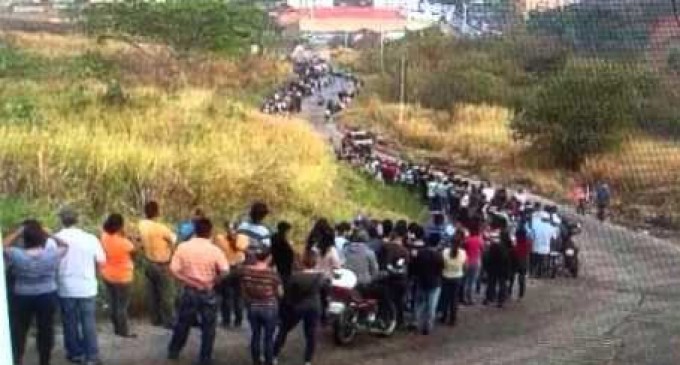 Socialism is lauded in United States universities as the answer to economic inequality that will create a workers paradise. Bernie Sanders is also promising to tax the millionaires and the billionaires to make them share their wealth and pay much higher taxes so that poverty will be eliminated. No one can point to an example where socialism has improved an economy or actually worked. Examples where it has failed are abundant and tragic. The usual result of a socialist takeover is the destruction of business, a contraction in the economy, the impoverishment of the majority of the people, and the rise and enrichment of a ruling elite. And yet our university professors cannot seem to see and understand the damage that socialism inevitably brings.

Perhaps if they would look south to Venezuela, they would see a clear example of what typically goes wrong when a political leader takes a country to socialism. Venezuela is awash in oil, and in fact was the first member of OPEC. The country actually has more oil reserves than Saudi Arabia. That is one factor that led to their downfall. Hugo Chavez, long time president of Venezuela and protege of the Cubans, used oil to pander to the poor with free breakfast, and to line the pockets of he and his cronies. It buffered the damage done when he threw out foreign investors and expropriated their property and factories. It paid for imports when the actual productivity of the country diminished. It paved the way to create a country now completely destitute with the fall in oil prices. But you can be certain that the new socialist president, Nicolas Maduro and his cronies are still living well, even as the rest of the country starves. It is the way with socialism, everyone equal, everyone in poverty except for the chosen few at the top. The academics should get out of the classroom and look at Venezuela, at what they are preaching does to a country like Venezuela.

See some of the shocking effects of socialism in Venezuela, page 2: